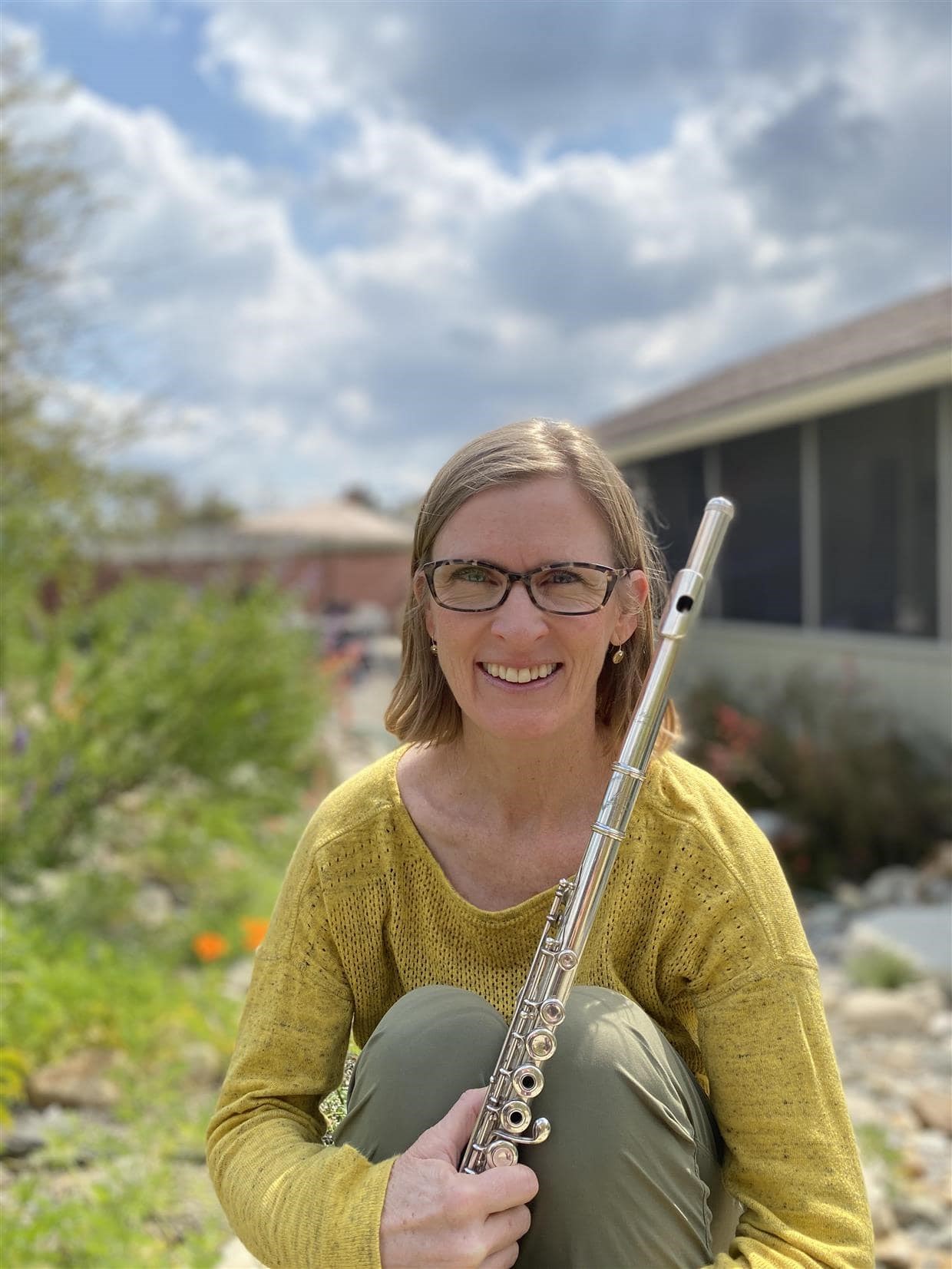 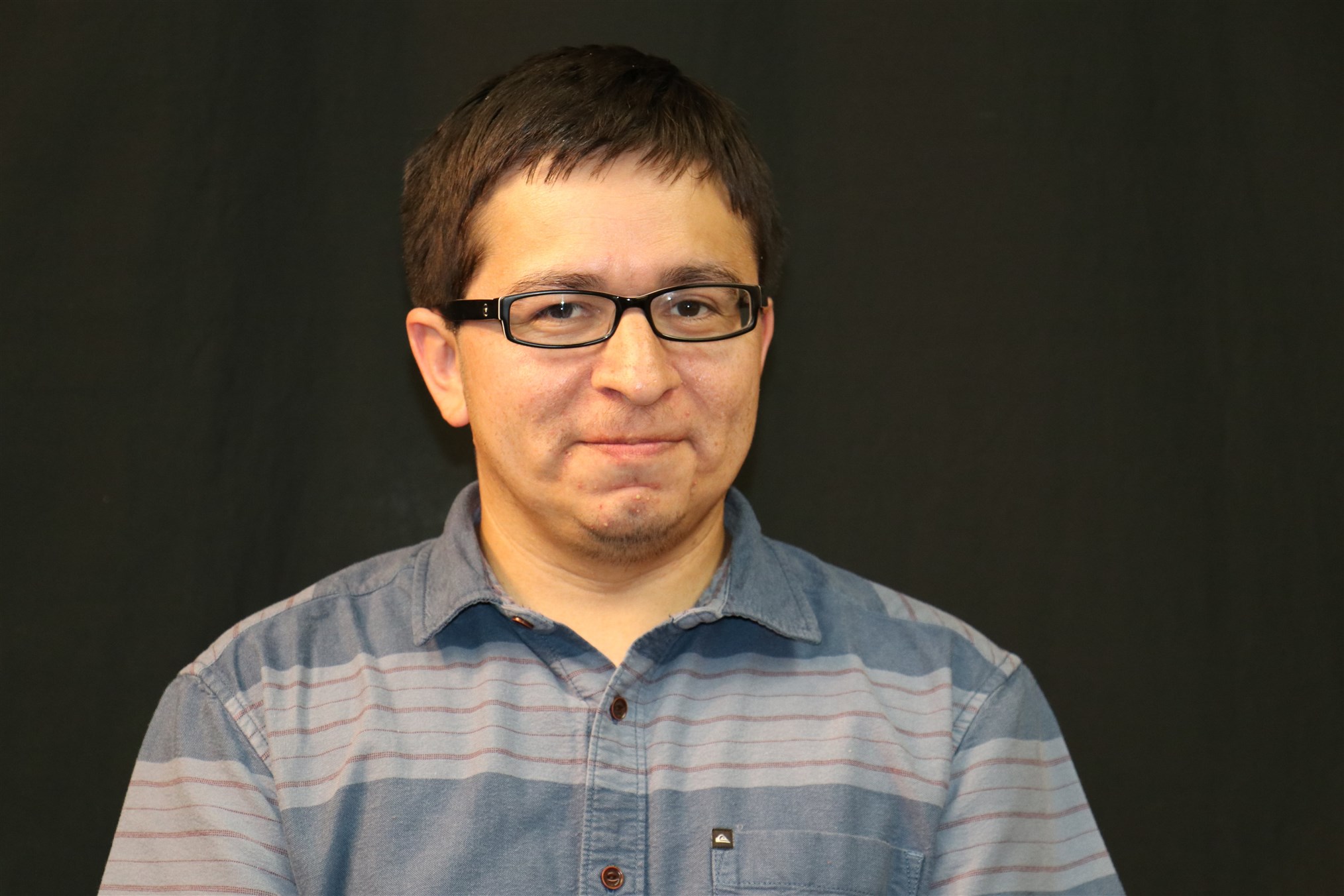 He performs with his own jazz group, the Cucamonga Collective, around the local area. He performs monthly at Canters Kibitz room with the Adam Steinberg Jazz Collective. He also is Musical Director of the Allan Wasserman Jazz Ensemble, which performs monthly at Pinocchio's Pizza in Pasadena. Nicholas plays clarinet and soprano sax with the group Swing Riots, which has performed at the Coffee Gallery and Equinox Festival in Northridge. He recently formed a saxophone quartet which plans to make its debut in the near future.

In the past year, Nicholas has performed in musicals, Bar Mitzhvas, weddings, coffee shops, jazz clubs and a theatre productions about the life of saxophonist Sonny Rollins.

Master of Music in Flute Performance, University of North Texas

Bachelor of Music in Flute Performance, University of Southern California 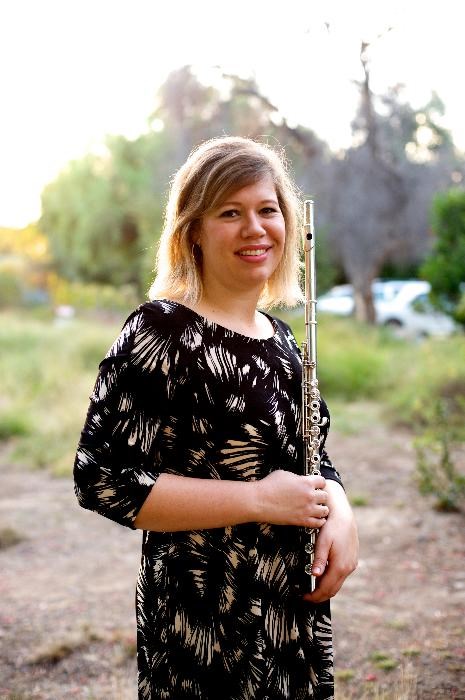 Karin Kantenwein Fabiero is an orchestral performer, teacher and chamber musician. She has performed with the Orquestra Sinfonica UANL in Monterrey, Mexico, and with the American Wind Symphony Orchestra on their “Spirit of Louisiana” tour. She has also performed in the pit orchestra with the College Light Opera Company in Falmouth, Massachusetts.

Ms. Fabiero earned a Bachelor of Music in flute performance from the University of Southern California, studying with Gary Woodward and James Walker, and she earned a Master of Music in flute performance from the University of North Texas, studying with Terri Sundberg. During her college studies, she had the opportunity to work with well-respected conductors and composers such as Robert Reynolds, Sergei Comissiona, Eugene Corporon, Anshel Brusilow, John Williams and Morten Lauridsen. While at UNT, Ms. Fabiero performed with the esteemed North Texas Wind Symphony. She can be heard with this ensemble on Klavier Recording Project and GIA WindWorks: Poetics, Passions, Altered States and Transformations. Recently, she has performed as a soloist with the Orange County Symphony, and has substituted for both the Pacific Symphony and the Southeast Symphony. Ms. Fabiero is a member of the Music Teachers’ Association of California and the honorary music society Pi Kappa Lambda. She teaches at Claremont Community School of Music and is the flute professor at Mt. San Antonio College.

Master of Fine Arts, California Institute of the Arts 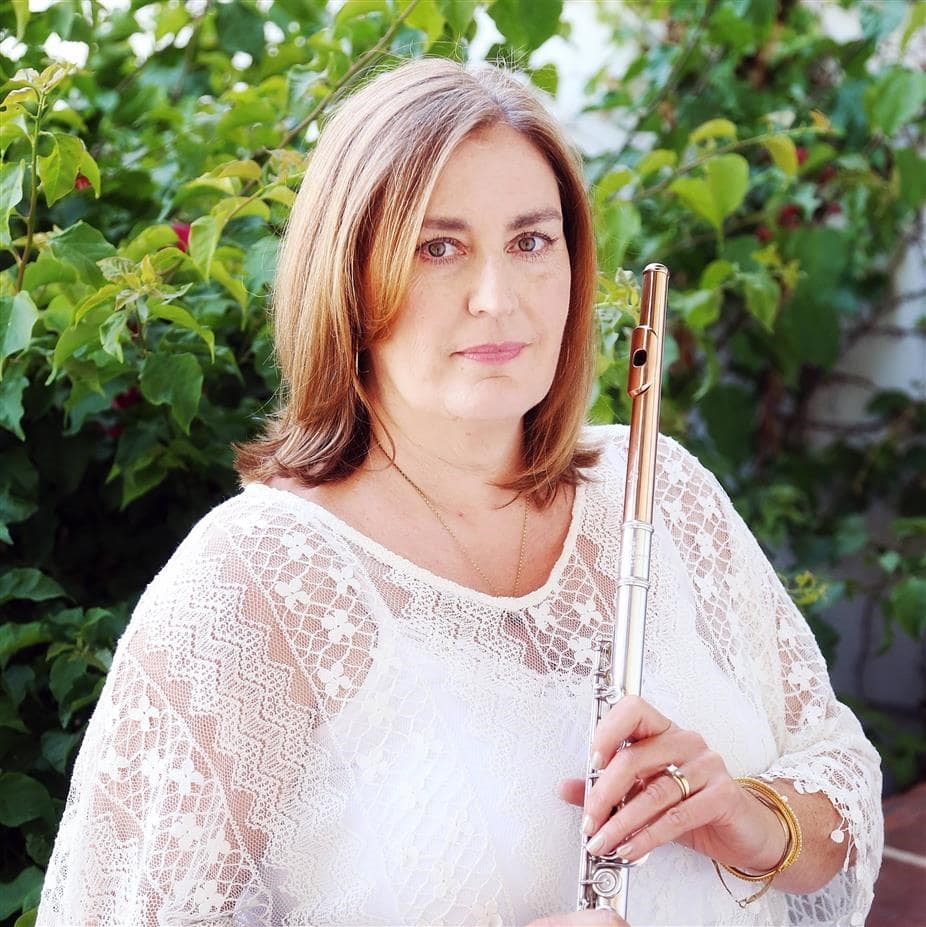 Michelle performs as a singer and flautist for both the choral group Wagner Ensemble and the Independent Opera Company. As a soloist, Michelle has performed flute recitals in Europe, Mexico, and throughout the United States, and at music festivals in Mexico City and Geneva, Switzerland. With a strong interest in World Music, she toured as the featured soloist with the Southern California Balinese Gamelan Group as well as with Persian pop singer Moein, and performs as principal flute with VASCAM (Vietnamese American Society for Creative Arts and Music). Michelle has worked closely with many contemporary composers including James Tenney, Eugene Kurtz, Adrienne Albert, Peter Wing Healey, P.Q. Phan and Nancy Bloomer-Deussen. She is married to composer Mat Matsumune, and has premiered all of his flute works. Michelle studied flute with Peter Lloyd at Indiana University and received her MFA at California Institute of the Arts. She is on the faculty at Claremont Community School of Music, is the woodwind coach for the Los Angeles Youth Orchestra and teaches privately. 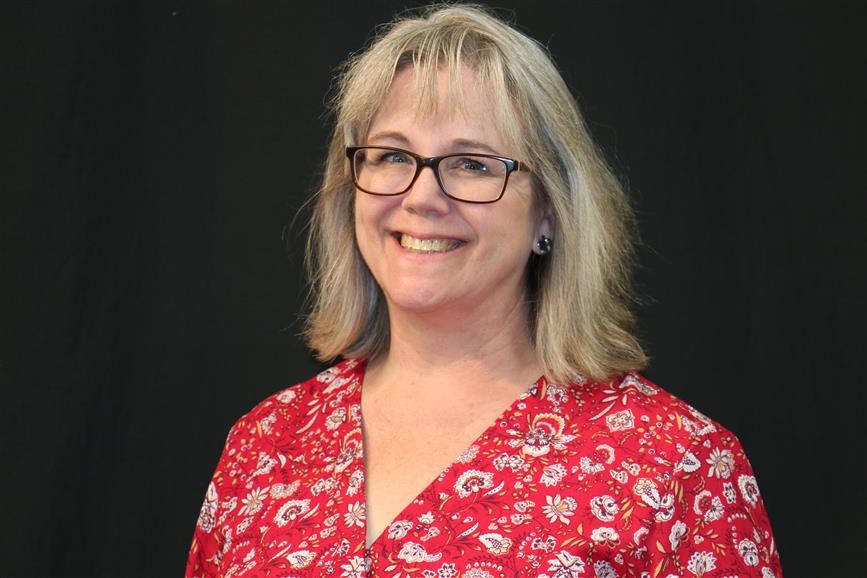 Donna Marie Minano, musician and music educator, is a veteran of all aspects of the musical stage in Southern California, from pit musician to singer to conductor. She received her bachelor’s degree in oboe performance from California State University, Long Beach.

She has conducted the chorister program at Claremont United Methodist Church. From 1995 to 2003, she was Director of Music Ministries and the choir director for Our Lady of the Assumption Church. During her tenure, her choirs traveled to Rome to perform at the Vatican. As a vocalist, Ms. Minano has performed onstage locally at the Candlelight Pavilion, the Grove Theatre in Upland, Victoria Gardens Cultural Center in Rancho Cucamonga, and also with the chamber trio Seamless Achord and the IVRT Dickens Carolers.

Ms. Minano taught general music in the Claremont Unified School District for years before taking her current position as a music teacher at Foothill Country Day School. Besides teaching general music, she teaches voice, musical theatre, oboe and recorder at the Claremont Community School of Music.

She is the general manager and co-founder with her husband Frank of the Inland Valley Repertory Theatre company (IVRT), which performs on Tuesdays and Wednesdays at the Candlelight Pavilion in Claremont.

Ms. Minano’s philosophy of teaching is influenced by Helen Kemp and David Osborn. Her ultimate goal is to help students find their voice, and her mottos are “Body, mind, spirit, voice, it takes the whole person to sing and rejoice”, “Practice makes permanent”, and “Hard work beats talent when talent doesn’t work hard.” Her greatest joy in life is hearing children make music, especially her two beautiful and talented daughters, Amanda and Katherine.

Master of Education, University of Florida 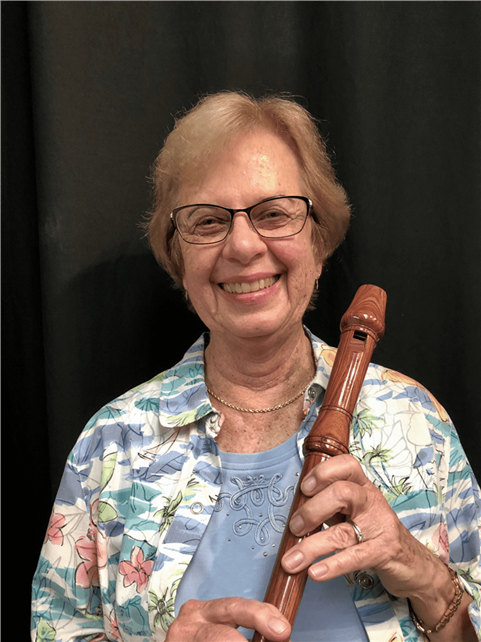 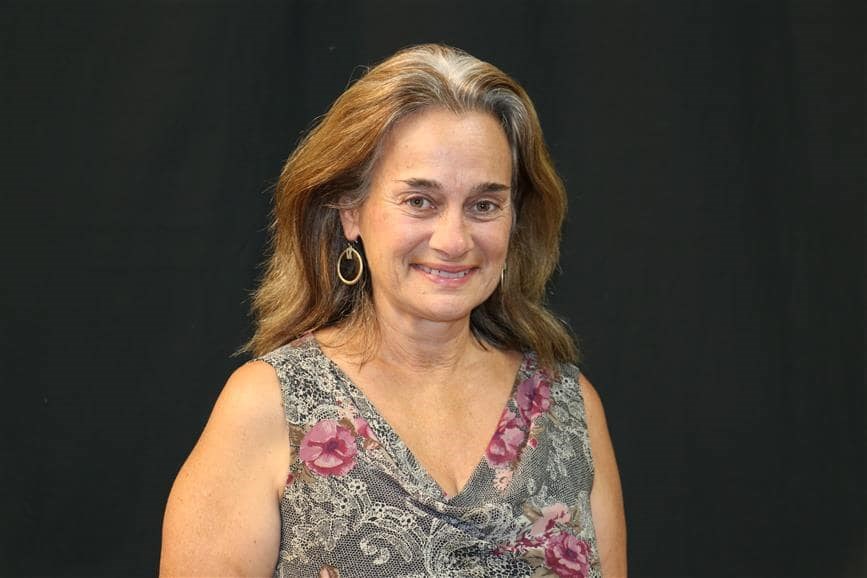 Leslie Schroerlucke is both a professional clarinetist with vast experience in the orchestral and chamber music realms, and a seasoned music educator who has taught all levels from beginner to university. A former member of the Florida Philharmonic under the direction of British conductor James Judd, she has developed a dual career as an active performer and music educator in the Los Angeles area. She is the band director at Chaparral Middle School in Diamond Bar, a middle school band program of approximately 200 students in the Walnut Valley Unified School District, recognized by NAMM as one of the Best Communities for Music Education.

Leslie is also the Principal Clarinetist with the Orchestra Collective of Orange County and is an active freelancer in the Los Angeles area. Frequently called upon as an adjudicator and a sectional coach at local universities, Leslie is also the clarinet instructor at UC Riverside. As an international artist, Leslie has performed as an orchestral musician, chamber artist, and soloist in Europe and South America. She most recently performed with the Assisi Chamber Players in Assisi, Italy in July 2019. 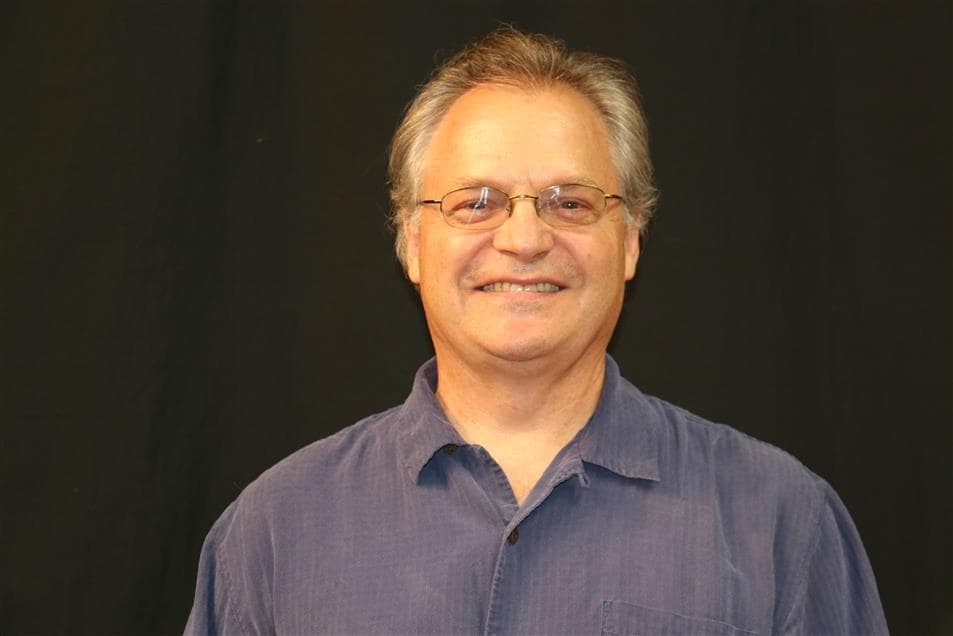 He has recently performed on the Distinguished Faculty concert series at the Colburn School of Performing Arts in Los Angeles. Other recent performances include the Long Beach Opera, Symphony in the Glen, the Hollywood Bowl (American Concert Winds), the Zipper Orchestra, the Redlands Symphony Orchestra, and the IAMS Faculty Concert Series. His appearances as a soloist have included concerts with the Harrisburg Symphony Orchestra, the Cedar Rapids Municipal Band, and the Pomona College Symphony Orchestra. Dr. Wellwood is on faculty at La Sierra University, the Bellflower Institute of Art Music and Science, the Claremont Community School of Music, and the Colburn School of Performing Arts.

Dr. Wellwood is a member of SYMF and MTAC, where he serves on the Board of Directors and as the VOCE Chair for the MTAC San Gabriel Valley Branch. He has completed studies with Yehuda Gilad, David Shifrin, David Howard and Kalman Bloch.