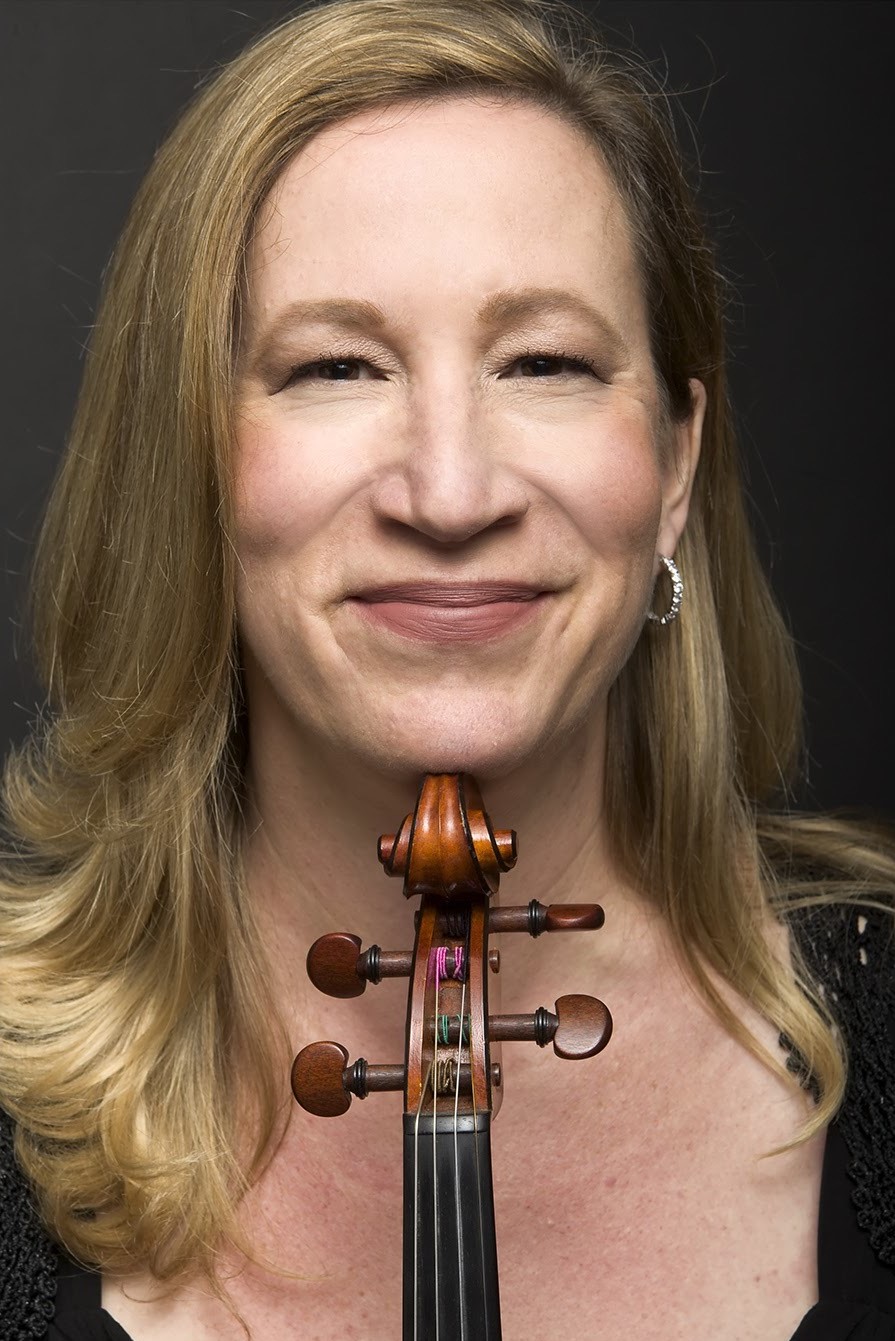 Violinist Colleen Coomber is a native of Los Angeles, California. Ms. Coomber began the violin at age six, studying with Lily Mahler Epstein, Sybil Maxwell and Elizabeth Holborn. Under the tutelage of the late Professor Alice Schoenfeld, Ms. Coomber earned both Bachelor and Master of Music degrees in Violin Performance from the University of Southern California Thornton School of Music. She received orchestral training in the American Youth Symphony and Debut Orchestras, holding concertmaster and principal chairs. Ms. Coomber is currently a freelance musician in the Los Angeles area, playing regularly with the Los Angeles Master Chorale Sinfonia, Santa Barbara Symphony, and recording in Hollywood studios. She is a member of the Redlands Symphony Orchestra, Opera Santa Barbara, the Downey Symphony as Principal Second Violin, and is Assistant Concertmaster of the San Bernardino Symphony. In addition to private studio, she is adjunct professor of music at Mount Saint Mary’s University in Los Angeles, has taught violin at Pomona College, and coaches violin and chamber music for the Burbank Unified and Conejo Valley Unified School districts.

Cynthia Fogg has performed extensively on both viola and violin in the United States and in Europe. She has played with a variety of organizations on both the east and west coasts, including the Pasadena Symphony and Monday Evening Concerts, and has appeared as guest violist with the acclaimed Kronos and Alexander string quartets.

Ms. Fogg is currently a member of Quartet Euphoria, and she and her husband, composer/cellist Tom Flaherty, perform together as the duo Celliola, often premiering and recording new solo and duo repertoire. Ms. Fogg has recorded chamber music for Naxos, Opus One, Cambria, Klavier, Innova, and SEAMUS, as well as soundtracks for television and motion pictures, including X-Files and Matrix. She has performed with various artists including Tony Bennett and K.D. Laing. She holds degrees from Sarah Lawrence College and the University of Southern California, and has extensive training and experience in various teaching methods including Suzuki and Kato Havas’s New Approach. Her teachers included Dorothy Delay Leo Panesevich, and Milton Thomas. 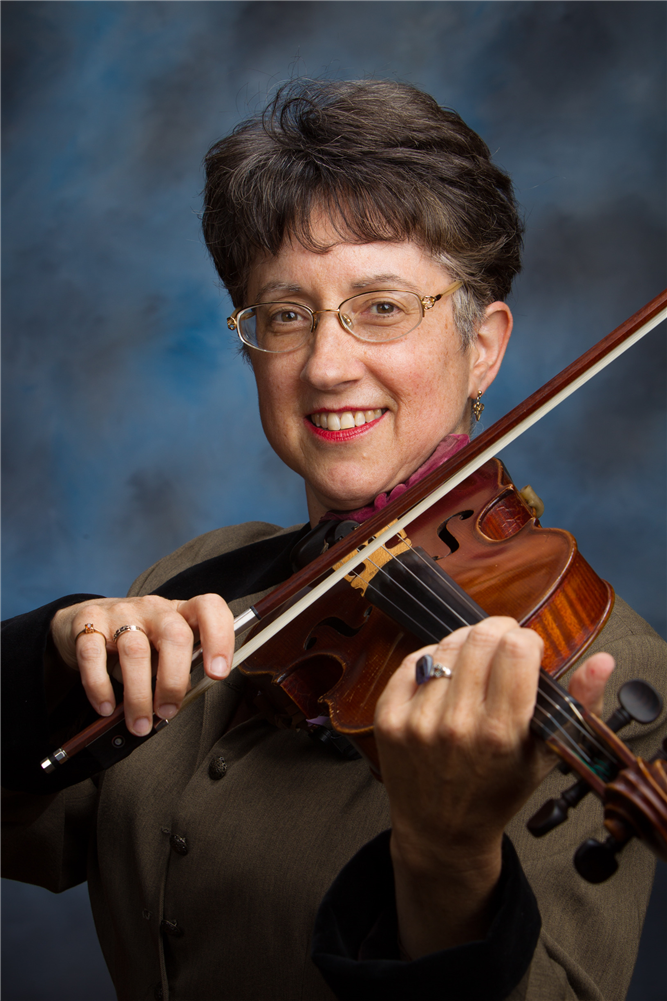 Rachel Vetter Huang holds the rare distinction of being honored by both the National Endowment of the Arts and the National Endowment for the Humanities. She has received NEA grants toward production of chamber music festivals in New York and Colorado, and has enjoyed the privilege of being chosen to participate in an NEH Summer Seminar, the 1989 "JAZZ: A Comparative View" at Yale University, directed by John Szwed. Dr. Huang has been invited to present on the topic of violin-piano chamber music repertoire at state and national conventions of the Music Teachers National Association and the College Music Society. She was selected through international tape auditions to be a featured performer at the 1994 World Conference of the International Society for Music Education. She has concertized extensively on both coasts and in the Far East, from Merkin Hall of the Abraham Goodman House in New York City to Washington D.C.'s Coolidge Auditorium in the Library of Congress to Beijing Central Conservatory Hall.

Huang has appeared as a soloist with the Boston Pops, the Concord Symphony Orchestra and others. She has participated as an American representative in the Respighi Festival in Citta de Castello, Italy as well as on scholarships to the Aspen and Tanglewood Music Festivals. She has been featured on radio broadcasts from WQXR-FM in New York, WGBH-FM in Boston, and on both South and North Carolina public television and radio networks. Her teachers include Dorothy DeLay, Robert Koff and the late Ivan Galamian. Dr. Huang holds degrees from Harvard University and the State University of New York Stony Brook. She formerly served as violin professor for Converse College and the University of North Carolina at Greensboro. 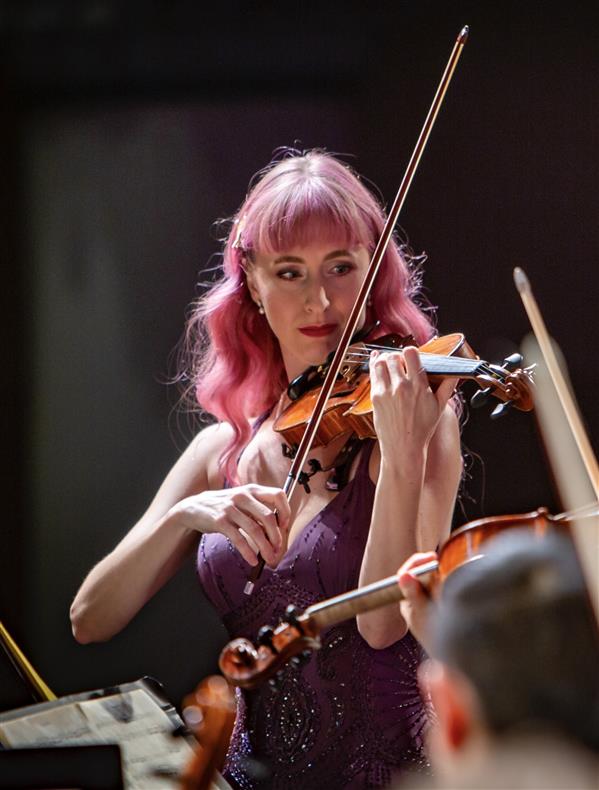 Mary Keating is a professional violinist in the Los Angeles area. Mary has collaborated with many well-known artists, such as Kendrick Lamar, Yoshiki, HAPA, JMSN, When in Rome UK, Whitton, and Monique Benabou. Her most known work is on Kendrick Lamar’s most recent album, Good Kid, M.A.A.D City. Mary has had the opportunity to perform with Shirley Jones; Cathy Rigby in Peter Pan, the Broadway-bound musical; Jekyll and Hyde (featuring American Idol finalist Constantine Maroulis and Grammy nominated vocalist Deborah Cox); and has also had the opportunity to perform for former President Jimmy Carter. Composers with whom Mary has worked include David Newman, John Williams, Mark Watters and Garry Schyman.

Master of Music, Eastman School of Music at Rochester University 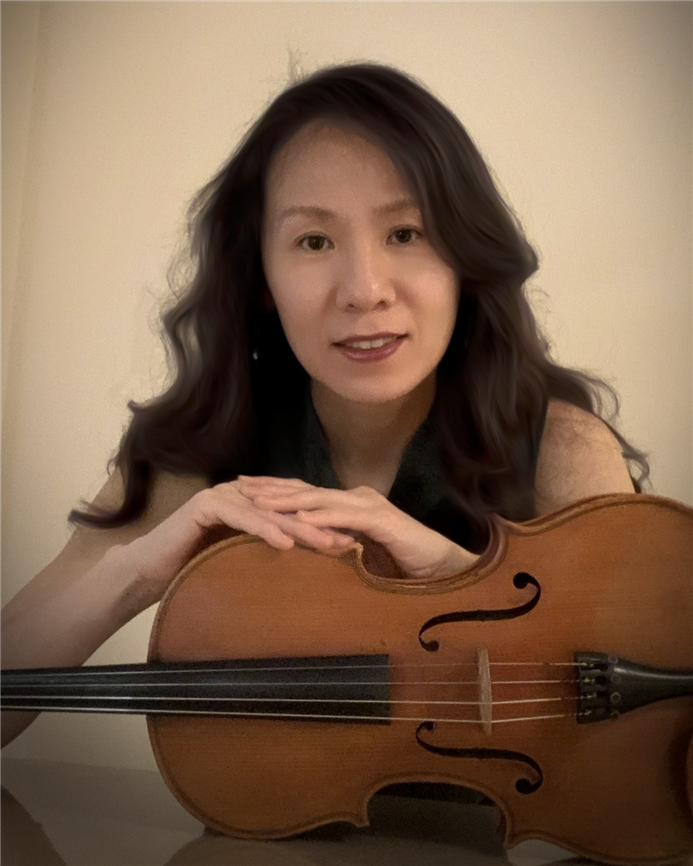 Chu Ping Lin is a former principal violist of the National Taiwan Symphony Orchestra from 1998-2004. She won the "Music New Star" audition of the National Taiwan Symphony Orchestra in 1998, giving many solo recitals, as well as concerto and chamber music concerts in Asia, Europe and the United States. She performed in several music festivals including Norfolk Chamber Music Festival at Yale University in 1994. She was also a founding member of the Taiwan String Quartet from 2000-2004, giving various chamber music concerts in major national concert halls in Taiwan and Romania.

As a member of the Taiwan Viola Society, she performed serial viola music, recorded viola music albums and introduced viola literature at Taichung and Taipei broadcasts from 2000-2004. Besides her intensive performing experiences, she frequently served on numerous major viola competition juries in Taiwan. She was also a former viola faculty member at Tung Hai University, National Taipei University of Education, and National Taichung University of Education from 1998-2006.

She received the Graduate Award, M.M. from Eastman School of Music at University of Rochester, NY and the B.M. from New England Conservatory of Music in Boston, MA. She studied viola with Martha Katz, John Graham and Michael Tree, and studied chamber music with Cleveland String Quartet, Guarneri String Quartet, Borromeo String Quartet and Fine Art String Quartet. She is currently a member of the MTAC Pomona Valley branch. She has been on the faculty of the Claremont Community School of Music since 2014.

Olga Meisel started her musical pursuit at the age of seven on violin and piano. She has been a violin teacher for 37 years to students of all ages and was nominated as Teacher of the Year, Togliatti, Russia in 1999. She gives local music-school masterclasses. Her students have won city, regional and country competitions in Russia, and she has had many students go on to professional careers in music over the years.

Deanna Morrison is a Southern California native and has been involved in music to various degrees her entire life. Claremont Community School of Music was where she started violin at the age of four. She graduated from Jurupa Valley High School, having participated in the choir department under the direction of her mother, Melva Morrison.

Deanna was a member of the Claremont Young Musicians Orchestra for five years and several honor orchestras and choirs, including the LA Philharmonic High School Honor Orchestra and the Southern California Vocal Associations’ High School Honor Choir. Deanna graduated with a bachelor's degree in violin performance from Point Loma Nazarene University, where she was concertmaster for four years. While in college, she participated in choirs and small ensembles in addition to private vocal training and solo experience with both violin and voice. She has taught in the public and private schools for seven years, has taught summer music camps, and has worked with honor orchestras. During this time, Deanna taught in San Diego for the Sweetwater Unified School District and at Coastal Christian School in Arroyo Grande. She has performed professionally many times as a violinist and vocalist at various venues, and frequently continues to do so.

She is currently teaching at Claremont Community School of Music as well as working in the Jurupa Unified School District as a substitute teacher. 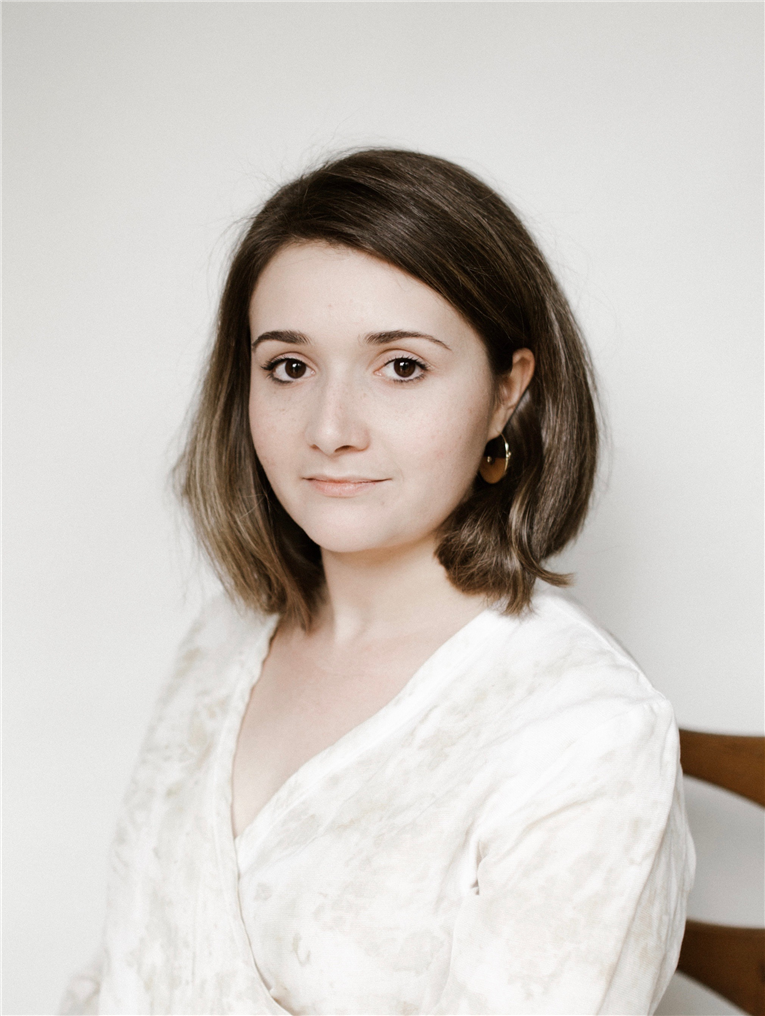 Taylor Sullivan grew up in rural Missouri and began playing violin at the age of seven. Her first violin teacher gave her the invaluable gift of a solid musical foundation, emphasizing proper technique, having a strong ear, and enjoyment in listening to all kinds of music. With the confidence and freedom that came from this foundation, Taylor was able to pursue both her love of old-time fiddling and a traditional education in classical repertoire. She won numerous fiddling competitions around the state of Missouri, including the Missouri Junior Fiddle Championship and Mid-America Junior Fiddle Championship. Taylor went on to receive a full scholarship to study music at California Baptist University, where she was concertmaster of the University Symphony Orchestra and chamber ensembles. She was a member of the Corona Symphony Orchestra for five years and has been a member of the Redeemer Baptist Church music team for six years.

In 2018, Taylor became a registered Suzuki teacher and completed Unit 1 training with Ed Kreitman at the Los Angeles Suzuki Institute. She believes one of the most important aspects of the Suzuki method is the parent-teacher-child relationship, known as the “Suzuki Triangle”. Taylor remembers her mom sitting through countless lessons for both herself and her younger sister: “To feel her [mother’s] support and understanding both in the lesson and in my practice time at home was essential to my success as a musician.” Taylor is currently the director of beginning strings for the Enrichment Orchestra Program at Foothill Country Day School in Claremont and is in her fourth year of teaching at Claremont Community School of Music. 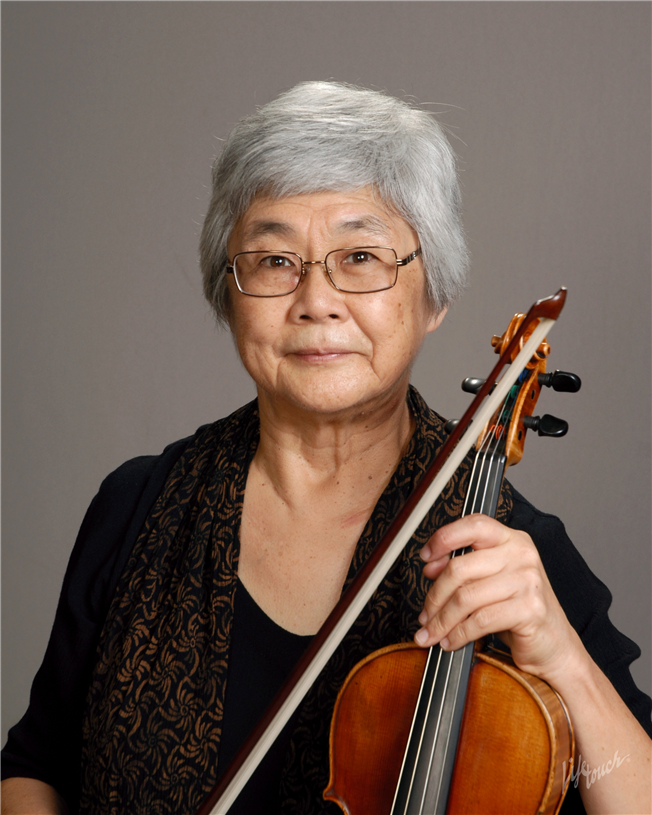 Ms. Tajima has held several positions at CCSM, including, but not limited to, being String Chair, Ensemble Coordinator, and Co-Recital Coordinator with Carol Hendrixson. Ms. Tajima presented groups for the City of Claremont’s Concerts in the Park, Fourth of July Celebration, and the Village Venture Street Fair.

One of Ms. Tajima’s great passions includes developing special programs for students. The Summer Ensemble Institutes, first held at Cal Poly Pomona and continuing at Scripps College (1998-2003), introduced many students to chamber music. As a result of her teaching instrumental music in the Pasadena Unified School District for five years, Ms. Tajima developed and served as Program Coordinator of the After-School Instrumental Music Program for the Claremont Unified School District (1994-2004). There she organized instrumental music classes at all of the elementary schools for grades 4-8, serving about 400 students annually.

About 10 to 15 students from Ms. Tajima’s studio participate in two annual evaluations (NFMC’s Jr. Music Festival & MTAC’s Certificate of Merit Program), and receive very high marks, whether it is in performance (JMF) or performance, technique, sight reading, theory, and ear training (CM)! Several have performed at the annual MTAC Conventions over the years and JMF Gold Cup/Superior Recitals. One of the programs, STEM [String Theory/ Ensemble/Master Class], was developed to aid students in their performance ability, further studying of theory as it applies to string instruments, and focus on performances dealing with nervousness. Beginning students (Suzuki Volumes 1 & 2) participate in the "Watch Us Grow!" Combined Repertoire and Performance Workshops, which are invaluable for the students.

Another passion that Ms. Tajima shares with her students and others is chamber music! She feels quite strongly that students who participate in small ensembles learn how to work together and form an amazing bond. She currently coaches two piano trios, the Gypsy Trio & Trio con Brio, and a violin quartet. It is such a thrill to see the groups excel year after year!

Other joys include performing solo and chamber music, learning as much as possible about others, striving for high levels of achievement, and helping others when possible. She truly enjoys attending concerts, master classes, and spending time with family and friends. Professional organizations with whom Tajima is affiliated are MTAC, NFMC, and SAA. 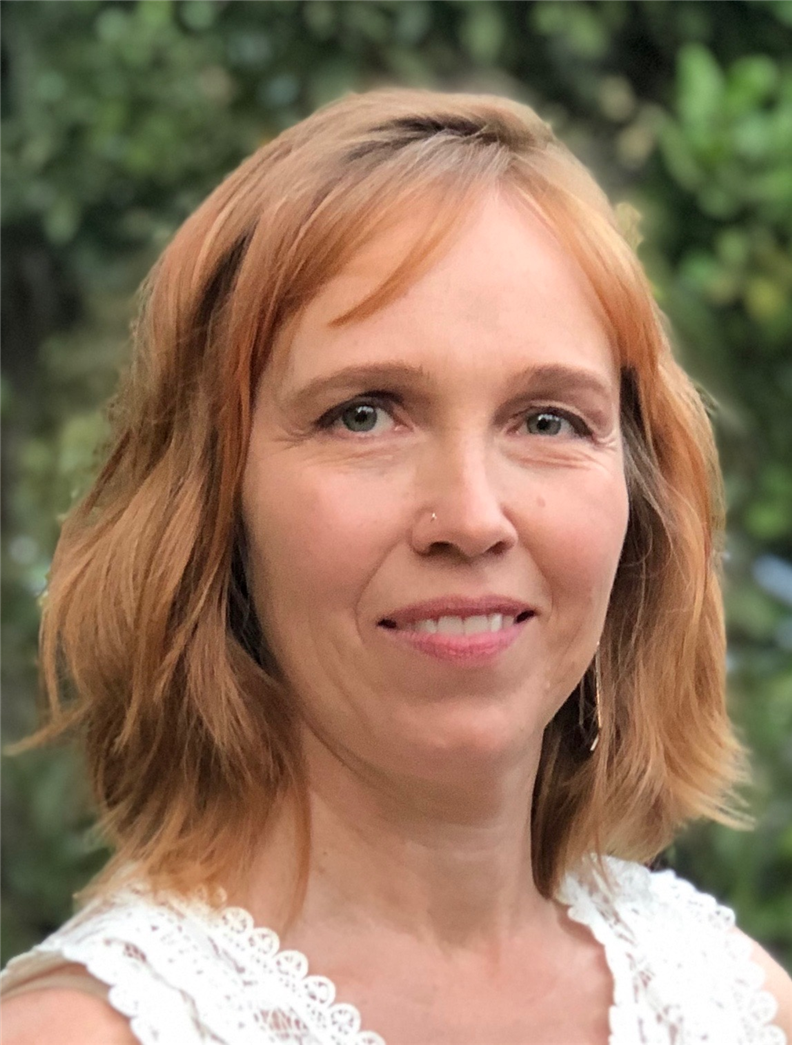