Meet the Board of Directors & Staff

Dr. Carl Schafer recently retired as Visiting Professor and Coordinator of Music Education in the School of Music at California Baptist University. He is currently a Visual and Performing Arts Consultant to the Superintendent of Schools, San Bernardino County and a member of the Policy Council of the California Alliance for Arts Education. He is also a student-teacher supervisor for the California State University, Fullerton music department and a jazz musician, leader of the Carl Schafer Quartet.

Stuart M. Davis is a husband and the father of four children living in Claremont, CA.  Stuart and his wife Robin teach Christian values and the Bible to 3-6th graders at Calvary Chapel Chino Valley (www.cccv.org). Stuart is the Angel Flight West (www.ASFW.org) area leader for San Bernardino and Riverside counties, flying those in need to where they need to go, at no cost to them.  With 27 years in the industrial hydraulic business, Stuart and Robin have owned their own company for almost ten (10) years, specializing in upgrading industrial machines (www.StuartMDavisInc.com), and has recently become President of Walco Machines Company (www.WalcoMachine.com), builders of robust laminating, coating and application systems.  Stuart has a B.A. in technical theater from Cal-Poly Pomona, 1980 and continues to work with various non-profit theater organizations.  Stuart and Robin thoroughly enjoy music and the ability it has to touch people's hearts.

J. Winthrop Aldrich, PhD recently retired from teaching engineering at Cal Poly Pomona following many years in industrial research and development at Polaroid Corp. and American Optical in Massachusetts. He is currently on the Board of The Rancho Santa Ana Botanic Garden Volunteer Group, Orange County Recorder Society and The Southern California Recorder Society and plays in the CCSM Village Pipers recorder ensemble.

Danielle was exposed to music at a young age through CCSM.  She started in the Music for Young Children class at age 2, moved on to recorder, and finally private flute lessons through age 20.  While she did not make a career out of music she attributes many of her life successes to her musical background, as that is the forum that gave her much confidence and where she developed many leadership skills.  Danielle earned a bachelor's degree in accounting from Cal Poly Pomona, earned her CPA license, and spent the first fourteen years of her career at a local public accounting firm in Glendora.  She is now the CFO at Foothill Country Day School in Claremont and plays with the school’s orchestra whenever she has a chance.  She is very passionate about CCSM and bringing music into the lives of young children.  Danielle and her husband live in Upland with their two children, Devon and Ashlyn.

Ralph Comito began his music career in Miami, Florida. He attended the University of Miami on a music scholarship, graduating in 1962 with a bachelor's degree in music. Following six years of service in the US Army, he moved with his family to Upland, California and began his career as a music educator and coordinator of music in the Upland Unified School District. He earned an MA in education from Azusa Pacific University in 1976 and an administrative credential in 1976. During his 33 years in music education, Mr. Comito has taught music from kindergarten through the college level and adult education. He is also a retired army reserve bandmaster, composer and arranger and performs professionally with a number of jazz groups.

Lee Waggener was Claremont Community School of Music’s Board President from 1979 to 1984 and returned to the music school in 2011. Lee is currently the director of Children’s Music and Hand Bell Choir at Claremont United Church of Christ. She retired in 2002 from the Ontario-Montclair school district after 38 years of teaching.

Gabe Petrocelli received a Bachelor’s Degree in music in 1968 from the Hartt Music Conservatory at the University of Hartford in Connecticut.  After teaching music for one year in the Manchester School District, he moved to California in 1969 and worked as a band and orchestra director in the Pomona Unified School District.

Petrocelli earned a master's degree in music composition and conducting in 1974 from California State University, Los Angeles. In 1981, he was accepted for a teaching position in the Chaffey High School District and became the band director at Alta Loma High School. Five years later, he enrolled in a doctoral program at the University of La Verne and earned his degree in educational management. Petrocelli spent the last twenty years of his career in school administration, eventually becoming the principals of both Chaffey Adult School and Ontario High School. He also worked as an adjunct professor at Chaffey College, California State University, San Bernardino, Chapman University, and the University of La Verne.

Currently, Petrocelli directs the Ontario Community Show Band (www.showband.net) and produces ten concerts annually. He has written hundreds of band arrangements for bands, orchestras, singers, and other soloists, most notably Ron Ellington Shy, who is in the Rock ‘n Roll Hall of Fame; and a number of piano works including a piano concerto for concert pianist Maria Perez-Goodman. His “Saint Mark’s Passion” was performed in Assisi, Italy.  Several years ago, Petrocelli scored a documentary movie entitled “Mayberry Days”. See his website www.gabepetrocelli.com.

In respects to community service, Petrocelli is a former member and president of the Ontario Rotary Club; was chairman of the 100-Year Anniversary of the Chaffey Joint Union High School District; and is chairman for Measure P, a recent bond measure that addresses facilities-maintenance, new construction, and technology in our local high schools.

Today he lives in Alta Loma, California with his wife Susan who is the principal of Los Osos High School. Petrocelli has three adult children, David, Lara, and Sonny, and two adult step-children Brandon and Bess.

John Burdett, Ed.D, is the Director of Instrumental Studies and Director of Bands in Azusa Pacific University's school of music. In this role, Dr. Burdett facilitates the Instrumental Studies program, leads the band division, and teaches undergraduate and graduate students. Prior to joining APU, Dr. Burdett held tenure-track and adjunct appointments teaching undergraduate and graduate courses in conducting, music education, and ensemble direction at several institutions including Mt. San Antonio College, California Polytechnic University, Pomona, California State University, Fullerton, and California State University, Los Angeles. In addition to his dissertation research into the experiences of students with hearing loss in instrumental music, Dr. Burdett's research interests include the performance practice of symphonic compositions with Spanish and Latin-American stylistic influences, the psycho-social components of conducting, the democratization of decision-making in large concert ensembles, and increasing accessibility to music education for marginalized student populations. Dr. Burdett has been invited to clinic and consult with instrumental music programs throughout the state, conduct honor ensembles in Texas and California, and adjudicate performance competitions including the Music Center of Los Angeles Spotlight Awards. In addition to numerous posts with youth orchestras, he was the founding music director and conductor of the Southern California Philharmonic from 2001-05. 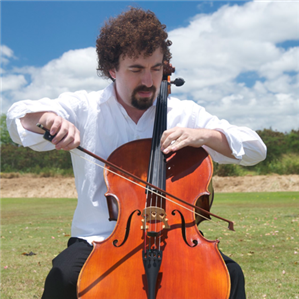 Randy Del Rio is a retired CPA who isn’t really ready to retire.  She works part-time for the University of La Verne.  She has joined Claremont Community School of Music as the Business Manager. Randy has forty-plus years of experience in finance and accounting and happily brings her talents to CCSM.  For many years, Randy had her own business that served a varied clientele.  She offered them a broad range of financial and accounting services.

Randy and her husband Tony have lived in Upland for the last thirty-eight years, where they raised their two children.  The children have long since grown and left home, but Randy and Tony enjoyed the many years when their offspring, students of Upland High School, were active in the music programs there, one in vocal and the other instrumental.  Randy and her husband both enjoyed actively participating in the music programs as volunteers.  They fully appreciate all that their children garnered from the experiences and the positive effects the music program had on their lives.